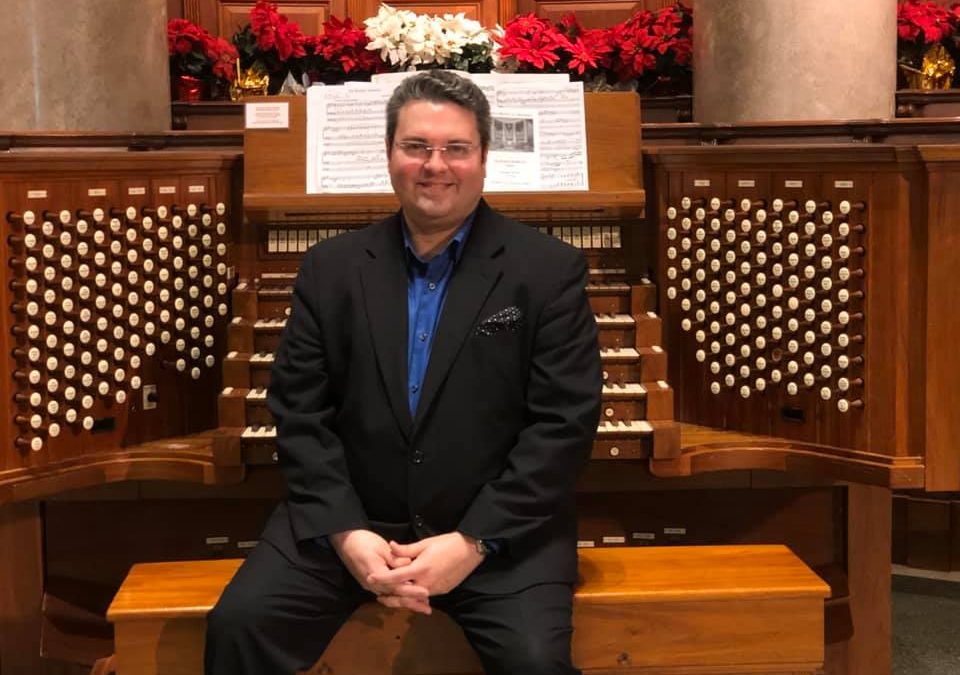 Music at Midday is proud to be presenting twice-weekly virtual concerts, today featuring organist Jackson Borges. We are deeply grateful to Jackson and all the wonderful musicians who have contributed recordings of their performances to make possible these virtual concerts.

Instructions: Make sure that the volume on your computer is turned on, then click on the title of each piece below to hear it.

Jackson Borges is Organist and Director of Music for The Episcopal Parish of All Saints’ Church and St. George’s Chapel in Rehoboth Beach and Harbeson, Delaware. Prior to his appointment in 2014, Borges held positions in New Jersey with Morristown United Methodist Church, Princeton Girlchoir, and American Boychoir.

In addition to his church music ministry, Jackson Borges is a frequent recitalist, both at home and abroad. He has performed in major venues throughout the United States and in New Zealand. He has also appeared in Europe as duet partner and vocalist with American concert organist Stephen Tharp and has premiered new organ works and transcriptions by American composers Carolyn Hamlin, Daniel E. Gawthrop, and Jason Klein-Mendoza. Borges is an accomplished chamber musician, continuo player, and accompanist, and has performed in concert with members of the San Diego Symphony; San Diego Opera Chorus; Center City Chorale of Wilmington, DE; Delaware Symphony; Princeton Pro Musica; and more. As a composer, Borges has written works that range from those for solo organ, voice, and choir, as well as arrangements for choir, congregation, and instrumental ensembles.

Borges is an active member of the American Guild of Organists and has served on the executive boards of the Palomar and San Diego (CA) chapters and the Delaware chapter, and presently serves as sub dean of the Southern Delaware chapter.

Borges holds a Bachelor of Music degree in organ performance from San Diego State University and a Master of Music degree in organ performance from Westminster Choir College. He has won top scholarship and competition awards from the American Guild of Organists, the Spreckels Organ Society, and the Pacific Council of Organ Clubs. Borges’ major teachers have included Robert Plimpton, Alan Morrison, and the late Tom Hazleton, with additional instruction in improvisation from Bruce Neswick and Stephen Tharp. He is currently a candidate for the Doctor of Musical Arts degree through the University of Alabama, Tuscaloosa, as a student of Dr. Faythe Freese.